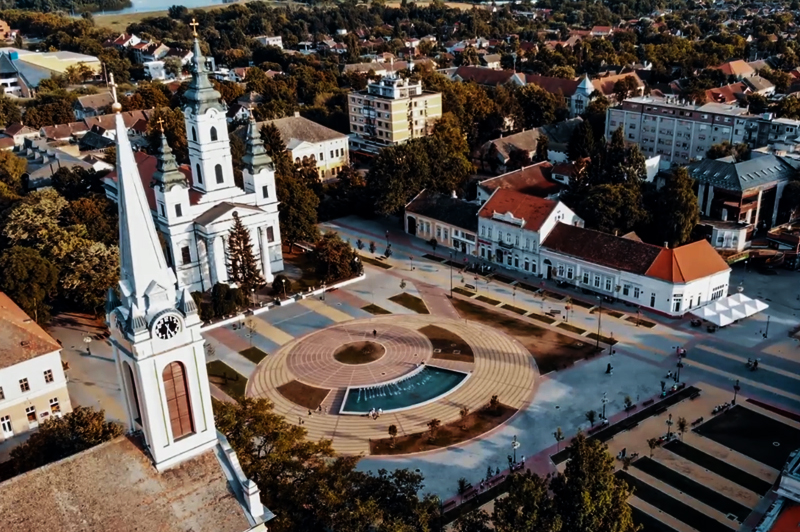 If you come to our city, do not miss to visit the town square. Since 2017, after its reconstruction, it is an unavoidable location for touring and walking. The square is surrounded by several important buildings. There are, first of all, the Orthodox and Catholic church, the betrayal of the municipality of Becej and the building of the city theater. The Serbian Orthodox Church of St. George in Becej was built in the period from 1851 to 1858 and is one of the cultural monuments in the category of immovable cultural goods of great importance. The first Roman Catholic church in Becej was built in 1763, but it burned down in a fire twenty years later. In the same place, another church was built in 1786, which was replaced by the present building in 1830 due to its very dilapidated condition. The church is dedicated to the Assumption of the Mother of God. 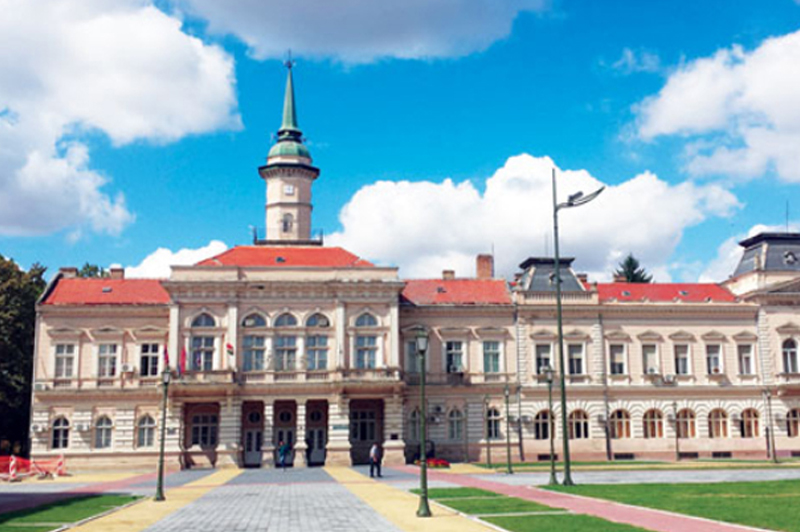 The town house in Becej, in which the seat of the municipality is located today, is located on Trg oslobođenja number 1, ie on the southwest corner of the Square. It is a representative one-storey building with a base in the shape of the Cyrillic letter "G". The longer end of the building leans on the neighboring building on the north side, ie. Endowment of Baroness Jović. A semicircular staircase towards the courtyard side and a massive risalit oriented towards the Square grow from the base. The first plan and estimate for the construction of the town house was made in 1866, but the construction began only in 1881. The construction work was led by Klein Shotti. The building was completed in 1884, according to the plans kept in the Archives in Becej. The plans were made in 1881, and the author was the famous Budapest architect Endre Makai. 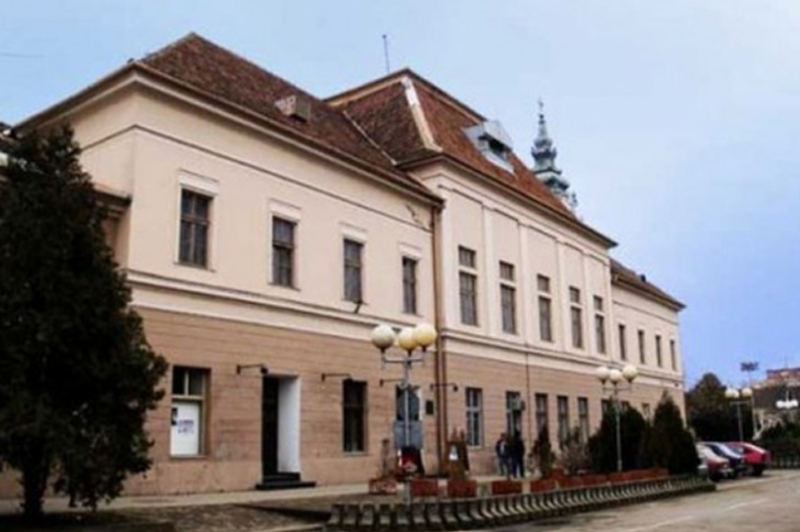 The Becej City Theater is a cultural institution founded by the Becej municipality. Once the House of Culture, then the Cultural Center "Vuk Karadzic", the City Theater is still the central cultural institution in the city. Theatrical activity is emphasized in the name as primary, but this institution still nurtures a very wide range of activities, from gallery, through music, literature, film, to a large number of diverse workshops for all ages.

The City Theater building is one of the oldest, if not the oldest in the city. There was a barracks in this building, ie the seat of the Potisk Military District, until the abolition of the district in 1849, and there was also the famous Hotel Central, which offered its guests a wide range of additional services related to games of chance in addition to hotel and catering services. and the oldest craft in the world. The current appearance of the buildings took over after the fire in 1926. In the part of the building towards the Main Street in recent decades, there is the School of Economics and Trade.

The building of the City Theater for Architects is a real "treat". In this building, some construction solutions have been applied that are on the verge of paradox, such as, for example, the vault of the former dance hall, spanning 9 meters, which practically hangs from the ceiling.